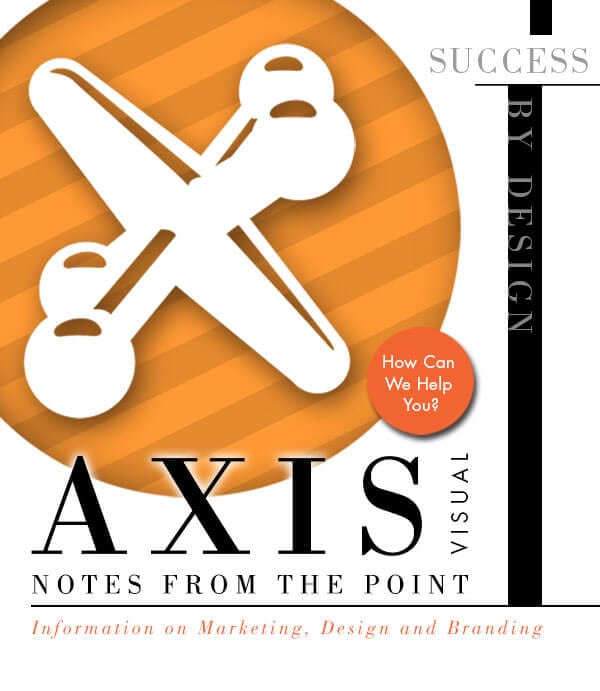 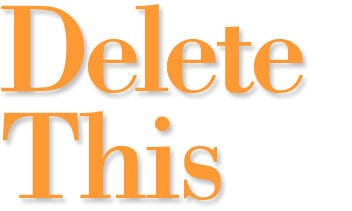 I was checking my email one morning, a process that in years past took about 10 or 15 minutes. Now, in this age of efficient communication it’s up to about 30 to 45 minutes, not because there are that many more “important” messages but rather, my cup runeth over with advertising, news from any number of businesses that I would really like to read and of course the occasional viagra ad. In the process of clearing the decks for the days work I realized that the phrase “history repeating itself” is a perfect fit. All throughout the history of design and advertising there were times of increased delivery of one promotional tactic or another. The initial design of each was less important because it was a new, and therefore an uncrowded promotional space. This occurred with annual reports, billboards, product advertising, web sites and just about every other method of connecting to a target audience. In time, and after the competitive volume of each method increased there was a much greater need for effective design that allowed the product or service apart. As each communication avenue became more competitive, as time became more and more scarce for the desired audience various approaches were used to stop the viewer and/or to target them more accurately. Humor, beauty, concept, analogy, color, composition were all used to gain attention and deliver a promotional message more quickly… and as a result, reserve a little place in the customer’s memory so they feel comfortable when a purchase decision had to be made. Of course advertising frequently evolves into the creation of a need where one didn’t previously exist. You know, this beer will make you popular with the ladies, or that car will make you feel younger.

But I digress. As I was looking through the various email newsletters, knowing that I had enough time to read maybe one quarter of them at best I began to use the same discerning process of elimination that evolved in most other areas of promotion. I made a very quick decision based of the immediate visual interest, in other words, “did it STOP me?” and then after giving the newsletter a few sentences to “prove its value” I either read it or hit DELETE.

Now, I’m not fooling myself. I know that successful email advertising, like any advertising is a process of repetition. And even with frequent delivery the delete key gets it’s fair share of exercise. And I also know that this email newsletter too will remain unread by some. And just as I have businesses that I know and like and as a result will read their periodic e-broadcasts, I know that I too have my loyal and interested followers (thanks mom and dad).

My point here is simple, email marketing like every other marketing channel only works if the information is seen and read. This is an increasingly competitive environment. Effective design of email marketing is one tool that can increase the readership. And as I have written before, kind of like the tree falling in the woods metaphor, If you put a promotional message out there and nobody stops to read it, it was almost like it never existed. 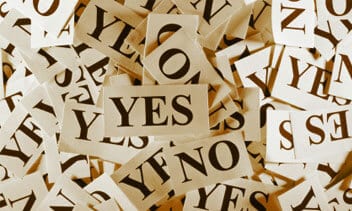 I’ve worked in this industry for… well, lets just say that when I started John Lenon was still performing and Bedtime for Bonzo was being broadcast daily from the White House. Through that time I’ve occasionally run across people that have the idea that in the design and marketing world there are a strict set of rigid rules. If we always follow these rules and “stay on the path” the most effective and successful promotions will spring forth raining profits down on all.

I will admit, I am the first to look at a logo, promotional campaign or website and discuss in detail why it works or why it doesn’t, how a sign or advertisement could be improved or what could be done to a layout to make it more effective. But there is never one answer for every promotional solution. Every client, every message, every audience, every concept has a different set of challenges, and therefore a different set of answers.

I’ve heard people say that “the human eye always travels from the upper left to the lower right” and that every promotional layout has to be arranged accordingly. I’ve heard people say that sans serif type always reads more easily than serif type. Or, the ever popular “the bigger the logo the better.” As for the logo statement, I think I’ve written about that before so aside from saying that I particularly loved the parody heavy metal song titled “make the logo bigger” that was sent to me by a friend in the industry, I’ll leave that topic alone. As for the scientific eye traveling bread crumb path, aside from Asian cultures and the occasional dyslexic I do believe this to be true… but only on a page or screen that is all white, ok, maybe a solid color too. As designers we can make the eye go the bottom first, then to the middle right and end up in the upper left if it’s appropriate and effective for the message and the concept. That is what Design does. Through the hierarchy of graphic importance we direct the reader’s eye where we want it to go and in the order that best delivers our client’s messages. And the sans serif vs. serif argument, there are way too many different serif and sans serif fonts to even try to begin that debate. Its like saying dairy products always taste better than vegetables. But in the hands of someone who understands size, kerning, leading, contrast, color and the delivery medium and the audience there are better or worse solutions.

In addition, if there were some set of absolutes in the design and advertising industry, some tablet chiseled with the 10 absolute Dos and Don’ts for the design community every promotion would look exactly the same and as a result would get completely lost in an ocean of similar promotions. Many years ago someone told Breyers “You can’t make a black iced cream package. No one will buy it.” They did, and in the grocery store freezer, among the endless rows of similar white packages Breyer’s ice cream packaging jumped off the shelf… both visually and in sales.

AXIS visual is a graphic marketing and corporate communications firm based outside of Philadelphia. Above is a logo for a reserve in Montana that we designed. We’d love to help you with any of your branding or communications needs… so feel free to contact us. But this isn’t the place for a “hard sell”… But this is.