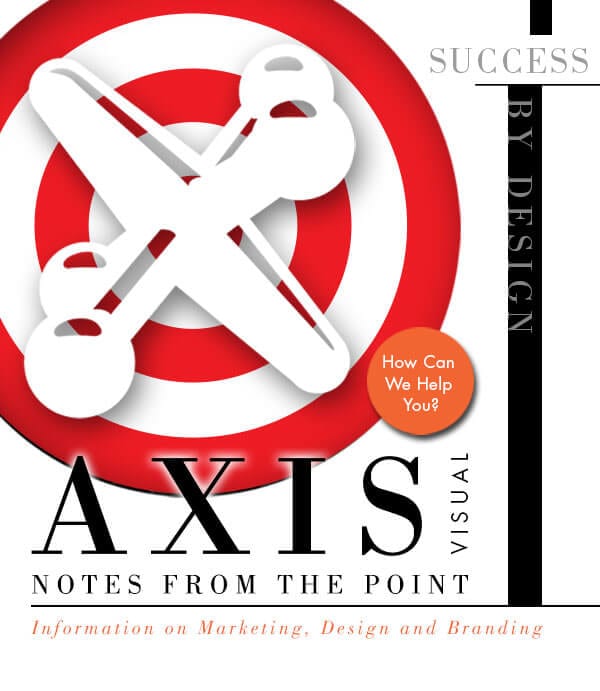 This is a continuation of our series on design in context. Design, or at least “good and effective” design doesn’t exist as simply arbitrary aesthetic choices. It isn’t what just “looks cool.” To effectively use creativity in business it must be developed with the consideration of many different issues. This series explores the different areas (or contexts) that a designer or graphic marketer needs to consider in order to develop effective marketing materials for their clients. 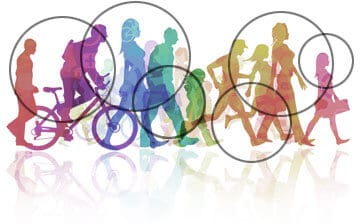 If you’re selling anything, you have a target market. I mentioned this in a previous article but would like to go a little deeper into it here. This is probably the most important determining factor in building a creative marketing solution. Ultimately, who are we talking to? Where are they spending their time? What motivates them? It’s not rocket science to think that the words used to talk effectively to an octogenarian are different from the words used to relate to the teenager. This is also true for bankers and plumbers, engineers, roofers, Blue-collar and white-collar workers, sports enthusiasts, chess players, and probably the most commonly discussed division of groups, men and women. Each group has had their own experiences, which leads them to view the world differently. I kind of struggle with this idea to some degree. I like to think of people as individuals with their own specific way of thinking and believing. And yet, we’ve all been in situations when talking to one person or another where we adjust our delivery to most clearly make a point. It might be using terminology that we suspect they know better, or analogies that might relate more closely to their world or any number of other approaches. We also have all had teachers that we loved. They were somehow able to deliver information to us and it stuck. And then there were others that seem to drone on with words or stories that we just can’t relate to. As a result of this pablam, we quickly forgot what was said. Good teachers like good communicators understand their target audience and can tailor their communications to that audience

The creation of a marketing message is sometimes geared more towards the use of words and text, and other times it has more of a visual focus. In my opinion, it’s the most effective (and fun) when a marketing message relies on both the text and the visual elements to create a meaning that neither one of those alone could deliver. But my point here is that not only does a target audience have a particular verbal style that they respond to best, they also have a visual language that they are more responsive to. This visual language is largely built out of their experiences, their personality, their likes, dislikes, and a whole collection of other personality traits. 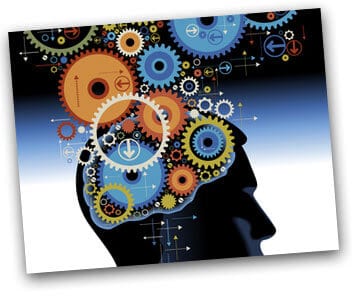 I’ve worked with companies that deliver a pretty clear image of their target audience. They thought about them, research them, interviewed them and really know whom they are selling to. I’ve also worked with companies who have a narrow view of what their target market consists of, not realizing that much broader sales opportunities are available to them. Companies will also sometimes go to marketing firms to get a clearer idea of their target market. Extensive research and interviews are done to get a clear idea of the target market, motivating factors, their influences, etc. This can be hugely effective for both the company and for a graphic marketer that then uses that information as a foundation and then builds effective marketing campaigns, marketing materials or website designs.

It may sound like with all these parameters, restrictions, languages, and target market attributes that every design and marketing approach is merely a mathematical equation. Shouldn’t it be nothing more than a computer program that analyzes the data and spits out a perfect marketing solution. I periodically see studies that say this is always best for this condition or that people always read this way or this color is always best for this particular product. I’ve learned to take all those kind of statements with an entire bag of salt. I say this for three reasons. One, there is kind of self adjusting process to marketing almost anything. The minute every company that sells a toaster uses the same approach to their marketing, a toaster company that takes a different approach will stand out and be noticed. Two, and this gets back to my earlier point of viewing people as individuals, and not wanting to force them into any simple little box. People are inherently complex and getting them to notice and then to take action usually requires some degree of emotional connection that can’t be generated by a mere equation. Three, a skilled professional can achieve successful marketing results without relying on repetitive and boring formulas.

So understanding the context of the target market is essential. Creative marketing and design is then built on top of that foundation to deliver effective graphic marketing solutions. You can say that it’s a good combination of science and art, left brain and right brain thinking, or simply bringing the best abilities of a team together to create the best results.

Future Design in Context articles will be:

We recently were asked to design the logo for StarStream Entertainment. They were involved with the recent film “The Butler.” We wanted to give them a distinctive icon that would then be used to position the company as a serious, new and innovative movie company. The following logo options were some of the ones presented to StarStream. Normally, when a logo is first developed there is also a process of developing the visual brand for a business. In the design process there is always the thought of how a logo will “work” for a company. Does it have the “legs” to expand into stronger marketing. In this case we needed to think about how the logo will be animated and shown in the beginning of one of their movies. As I write this the storyboards for this animation are being reviewed. As the logo process evolved StarStream wanted a mostly straight text version (the bottom logo shown here). We look forward to a long relationship with StarStream and welcome the opportunity to further develop their brand in the future.